In the midst of an ever-changing climate in the stock market, IQ Option encourages customers in New Zealand to take advantage of the volatility by not only adding 50 brand-new stock CFDs, but increasing their multiplier to x20 for stock CFDs. The award-winning broker knows all-too-well that what others may perceive as uncertainty, a true investor sees as an opportunity. 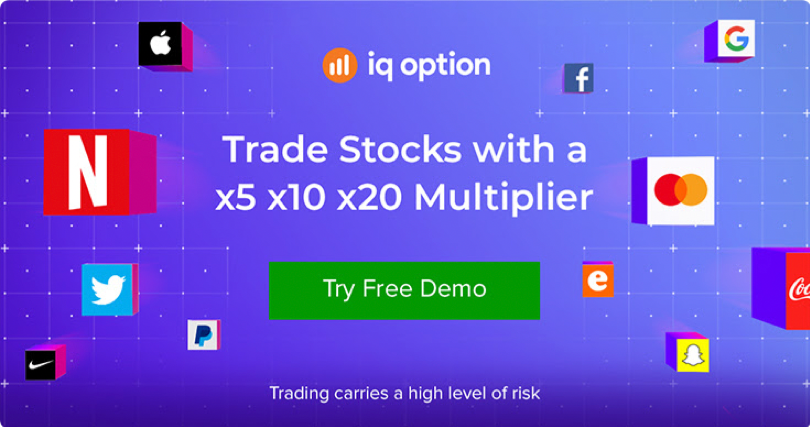 IQ Option thus continues to impress investors with their overwhelming choice of tools by adding 50 new assets to their platform which bumps their collection up to 150 stock CFDs. What’s more, users in New Zealand now have access to an even bigger multiplier, a tool known for its fast and tangible results.

In times of market uncertainty, multipliers have proven to be increasingly popular among investors who seek excitement and the chance to call the shots. By using a multiplier, users automatically gain the opportunity to make investments that exceed their initial budget. Let’s say, for example, a trader invests $500 with a x20 multiplier. The results they would see would be as if they had invested $10,000 and surprisingly, even if the trend goes against them, their losses would never amount to more than what was originally invested.

Join a million of
the best traders
Invest in your success